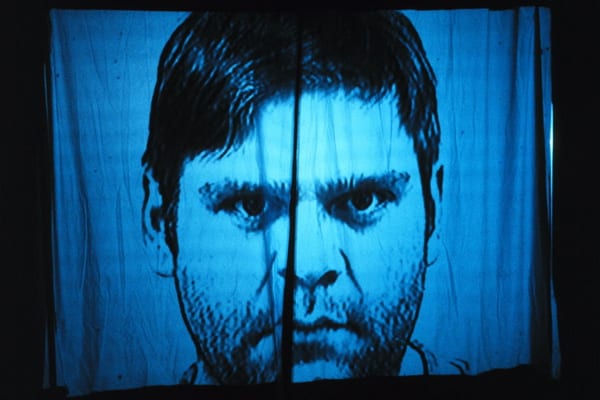 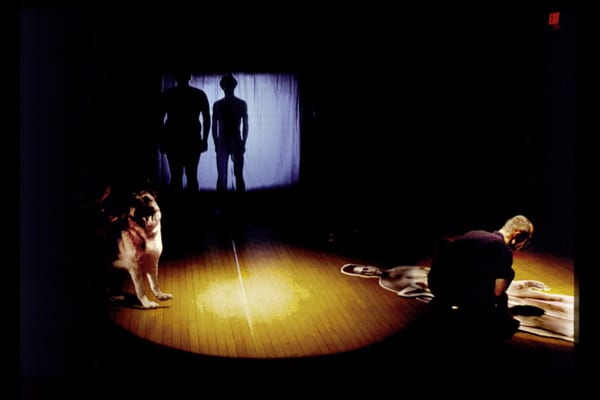 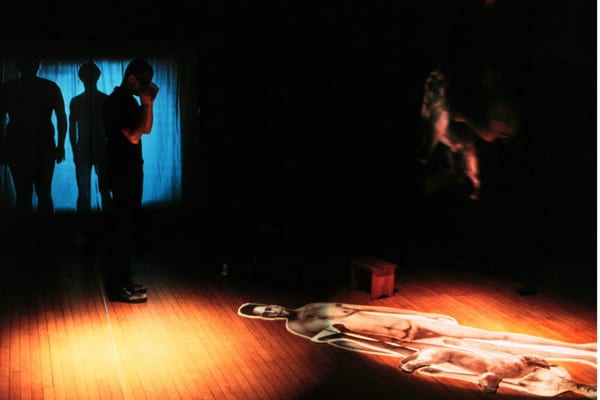 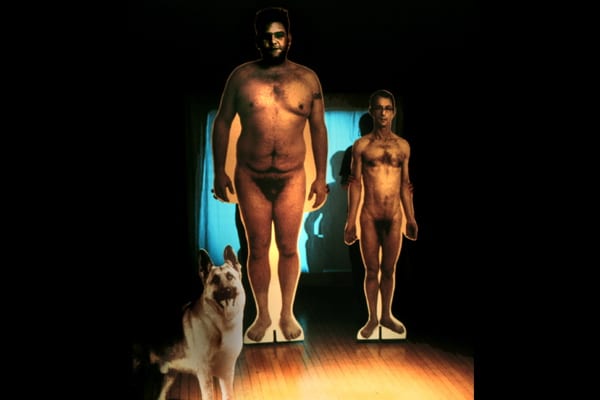 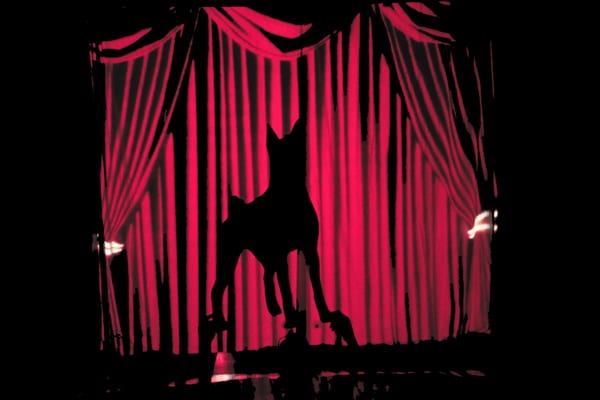 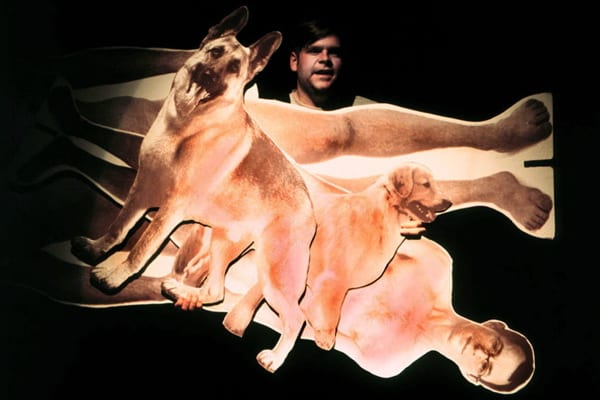 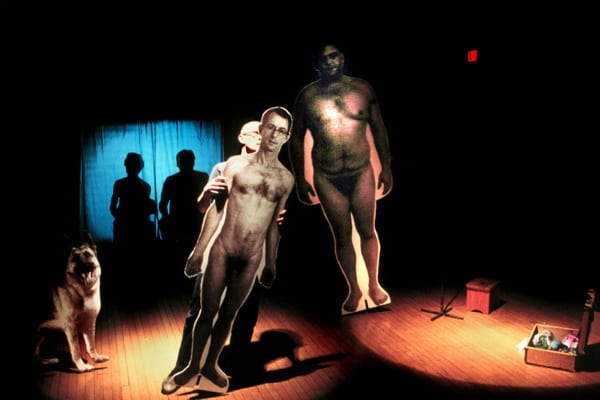 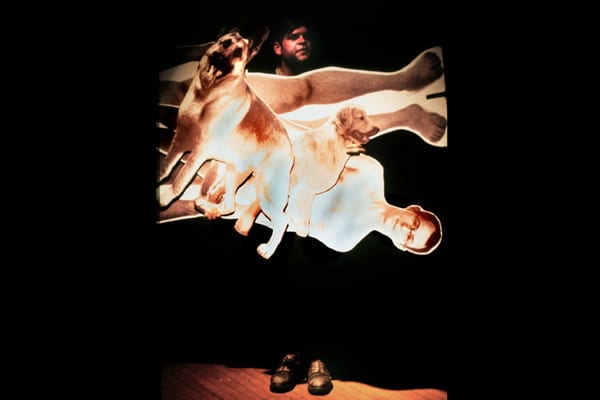 gooseFlesh + boneHead is a multi-media performance about the relationship between a little skinny guy, a big not-so-skinny guy and their larger-than-life-size paper selves. gooseflesh strives for perfection trying to affect a “look” on the outside that reflects his true insides. He wonders if a person is more real when he is a naked picture. boneHead is lonely and wants someone to dance with him. gooseFlesh + boneHead investigates the confession of Jerry who tries to kill his landlady’s dog because the dog is always trying to hurt him. A “Fakesperean” duel takes place over the heart of the dog Rosalind. The dog, Woody, doesn’t understand beauty and can only see in black and white. The men communicate better with and through their dogs than each other, and ultimately they suspect that their dogs are better men than they are. This piece is funny, droll and full of unusual imagery including larger-than-life cut-outs of the characters and their dogs.

The collaborative performance was developed as part of a two-year artist residency by Wholesale Chicago: Dolores Wilber, Michael Stumm and Molloy Golden with the Chicago Arts Partners Park District Program at Union Park on the near West side in Chicago in 1999. The work was also performed in Estonia at the Rakvere Museum and at the VonKrahli Theater in Tallinn.