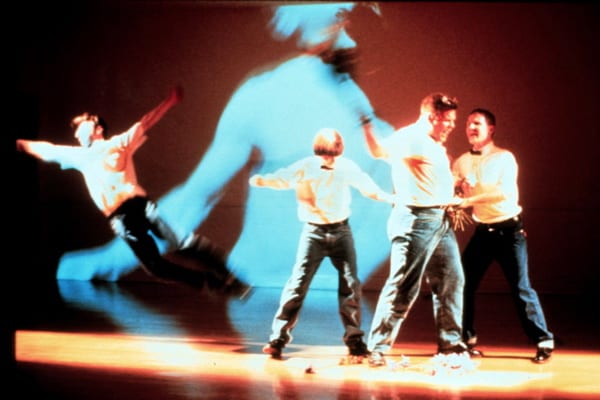 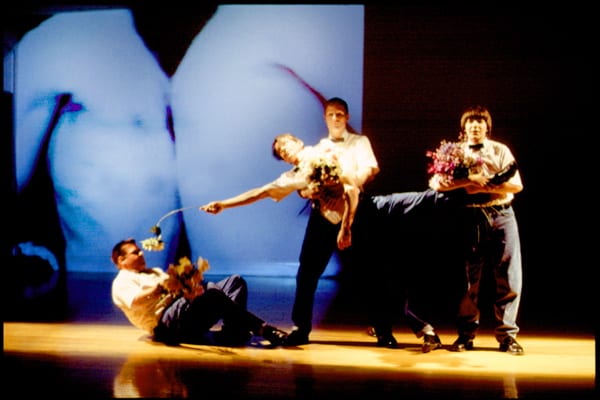 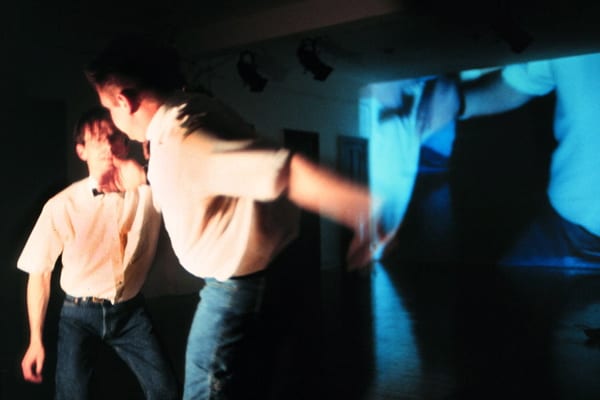 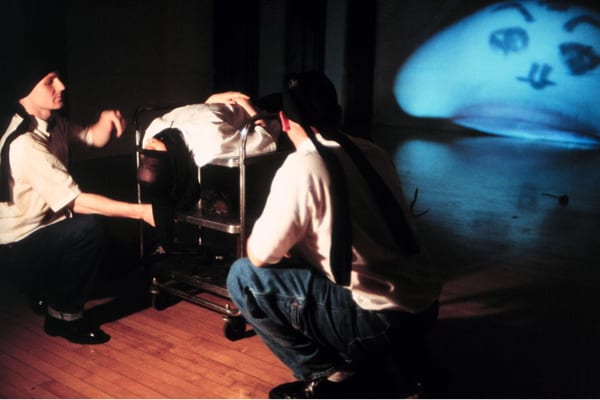 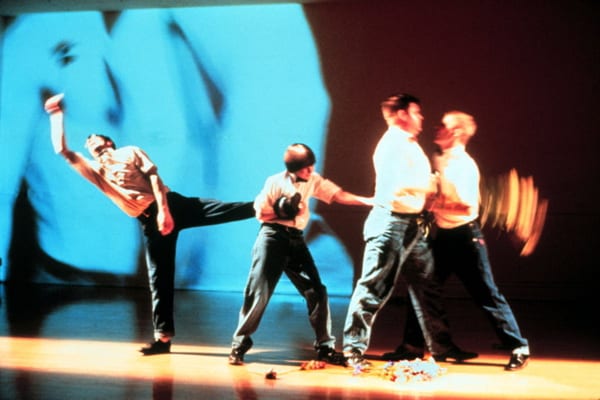 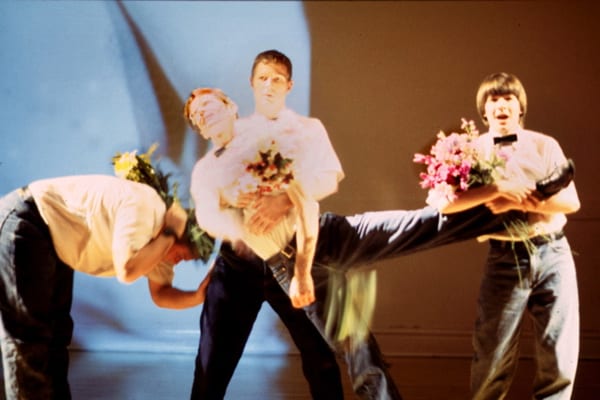 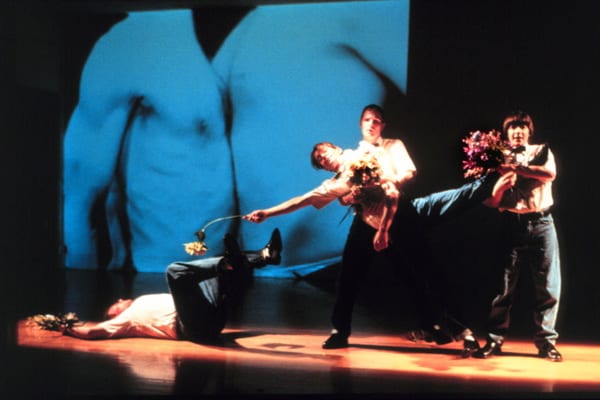 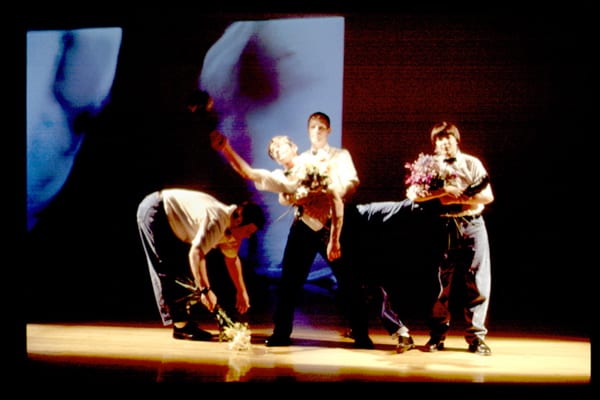 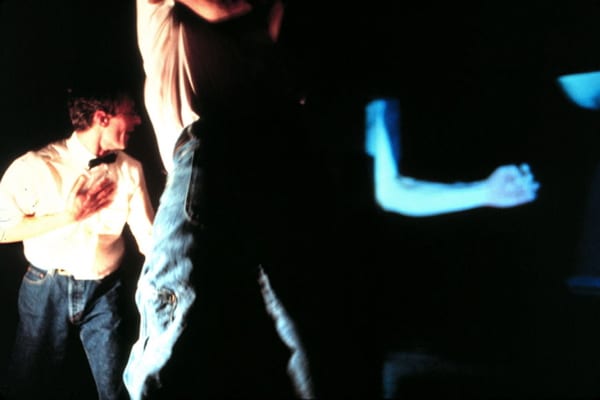 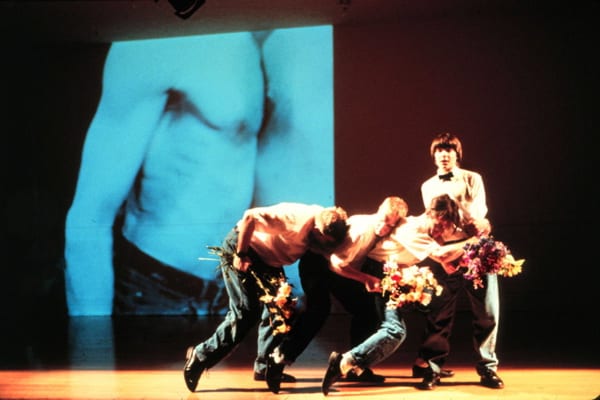 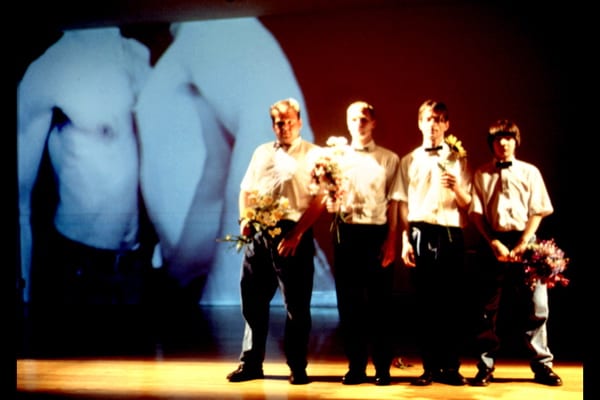 Getalong Little Doggie is a performance portrait of a 12 year-old boy’s experiences in the world of men, boyhood dreams, and reflections about conflict and loneliness. The performance draws inspiration from the traditional American folk song about cowboys and the cattle they drive to market (Getalong Little Dogie). The cattle are driven from Texas where they are born and raised along one of several trails: The Lone Star, The Chisholm, and The North Star, to places like Kansas City, Dodge City and Tombstone, where they are slaughtered, shipped and sold to the rest of the country.

Three men, a boy and four bouquets of flowers dance with chin people who discuss teeth, anatomy and their problems with God; bare-chested headless men bang their chests together on 16mm film. Two ukuleles accompany live songs on the civil war, dead roses, and a robin weeping. Getalong little doggie is about men and how they struggle to get through their lives.