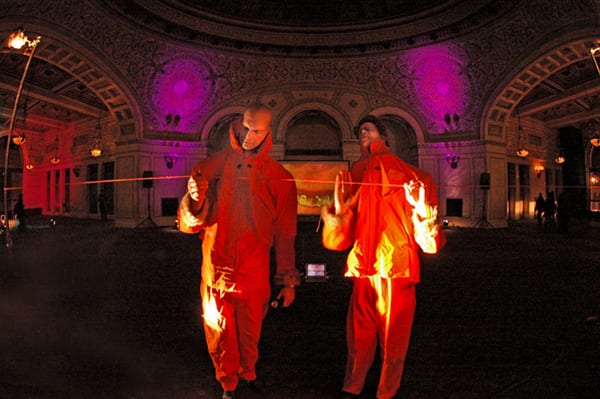 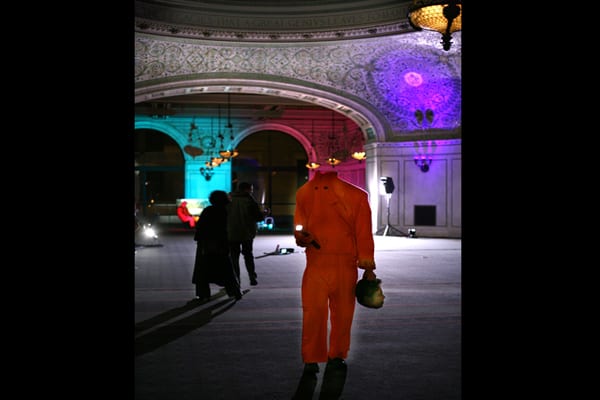 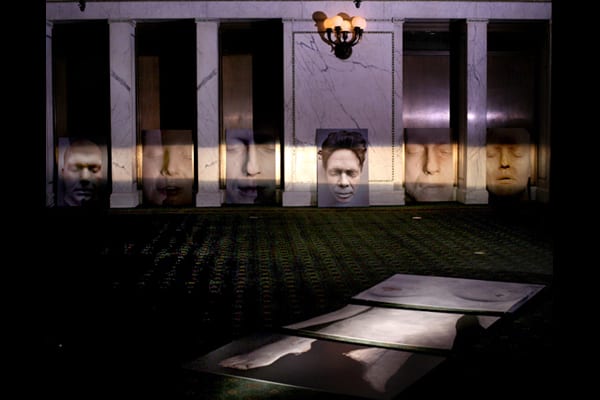 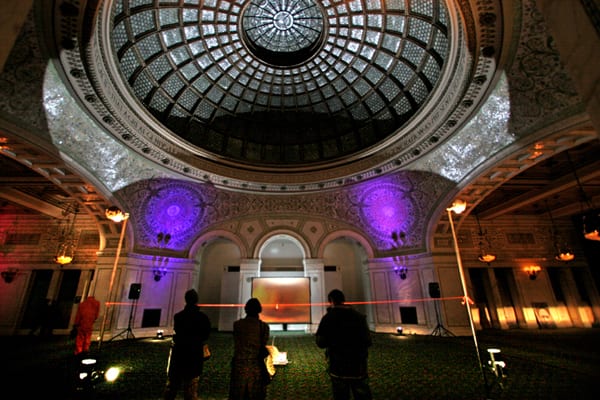 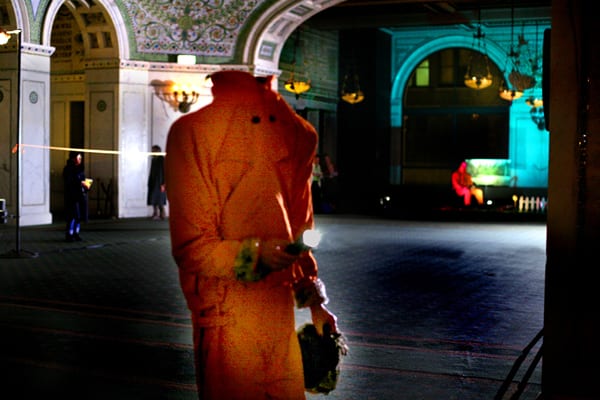 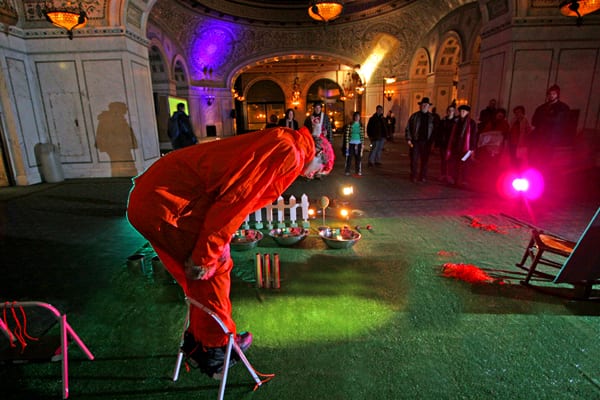 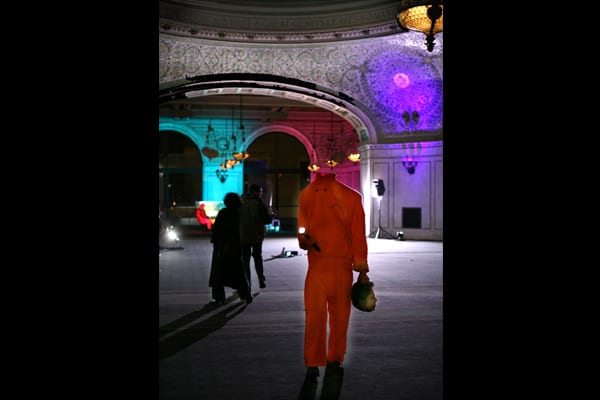 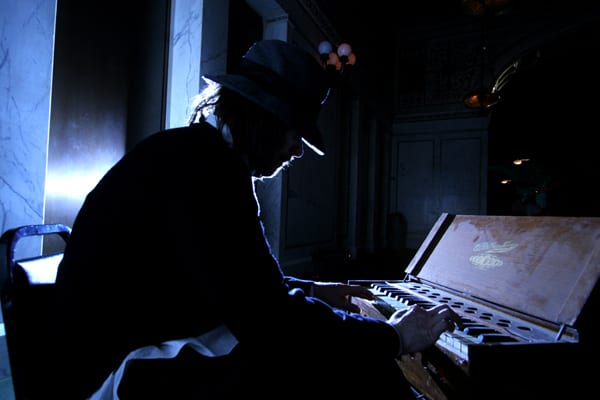 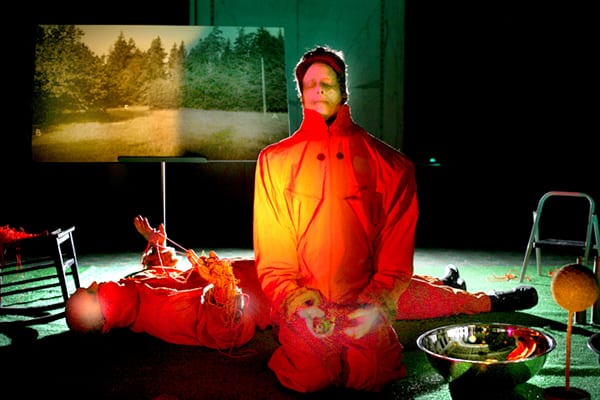 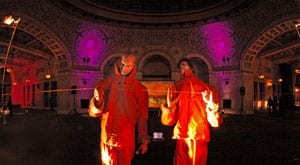 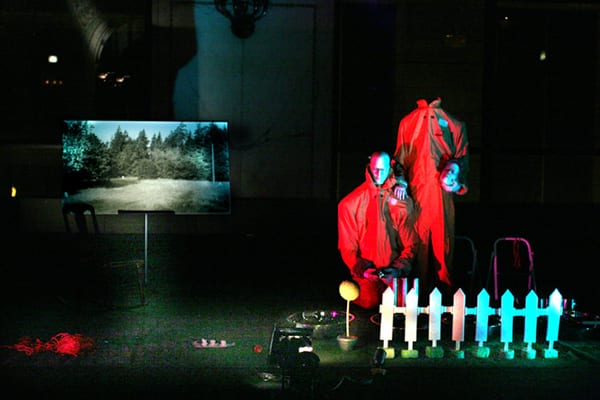 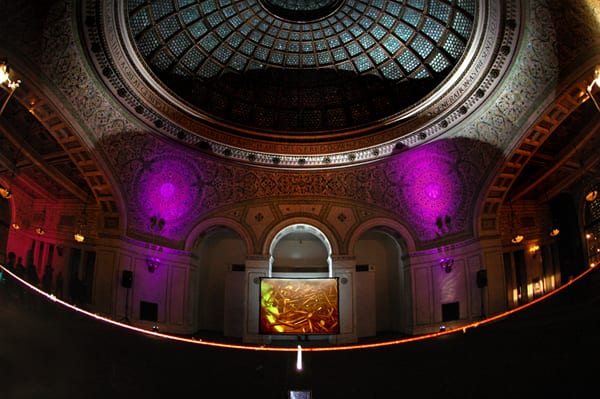 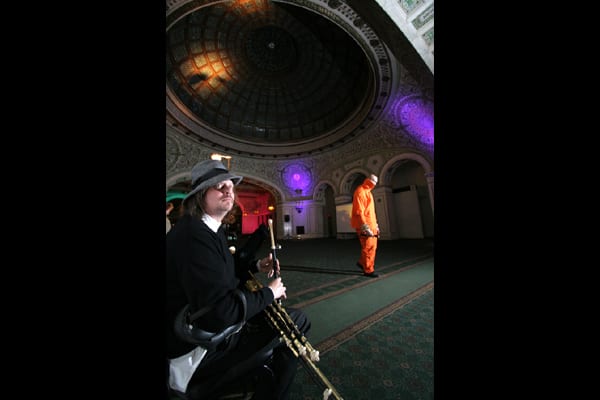 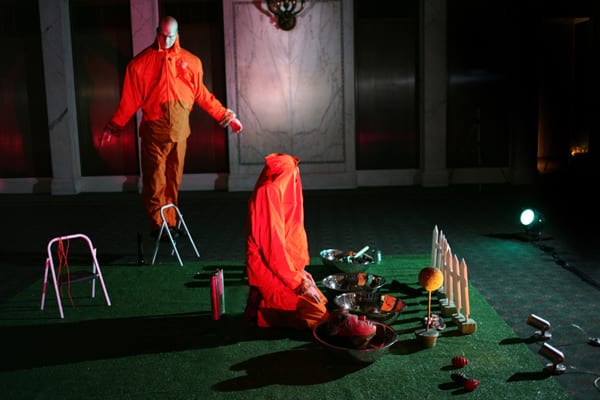 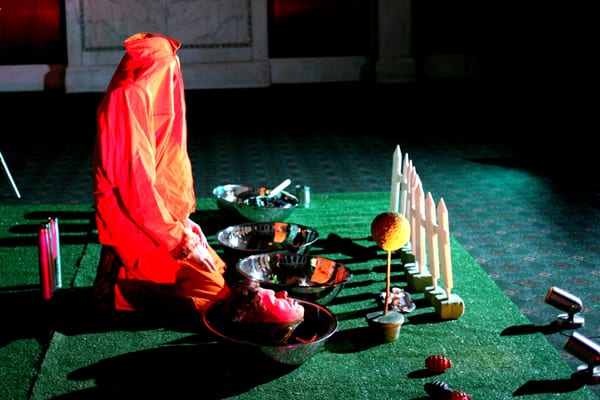 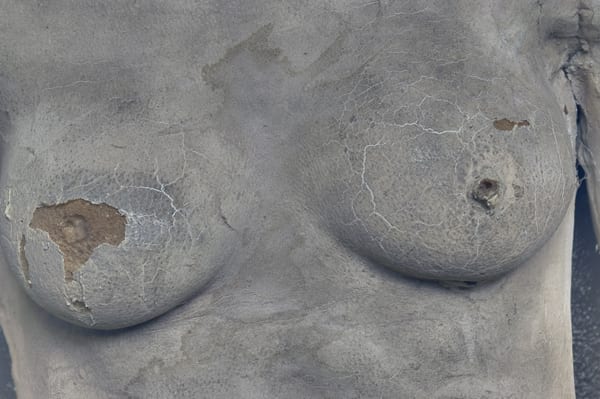 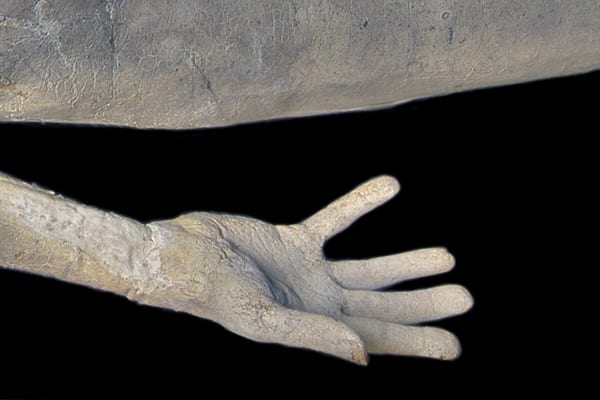 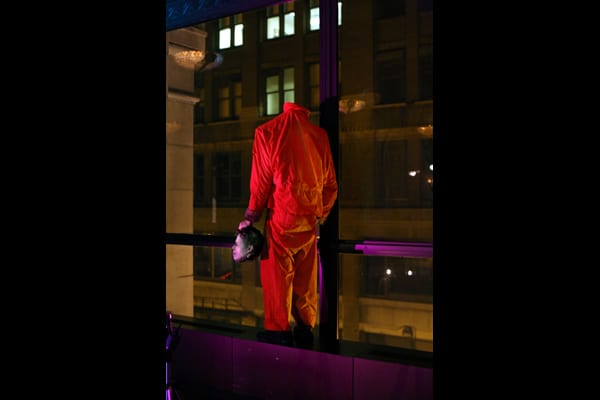 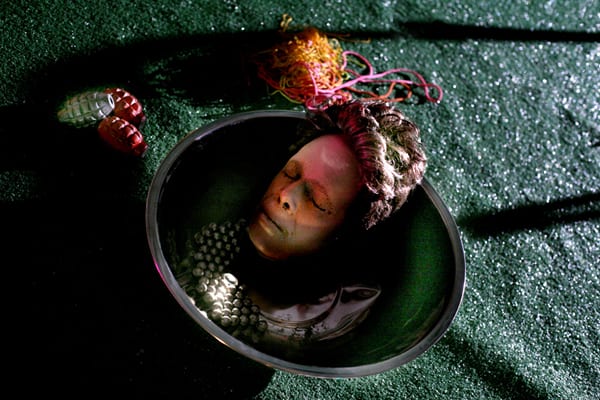 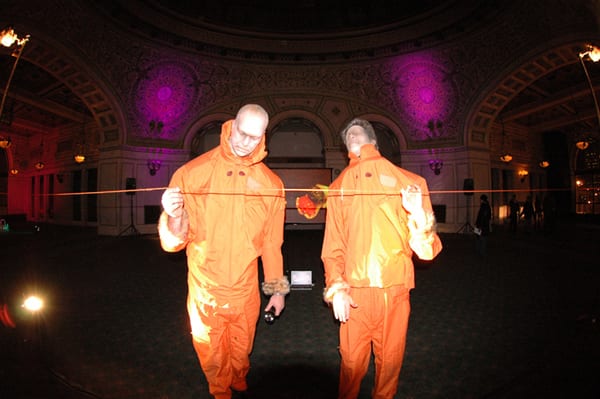 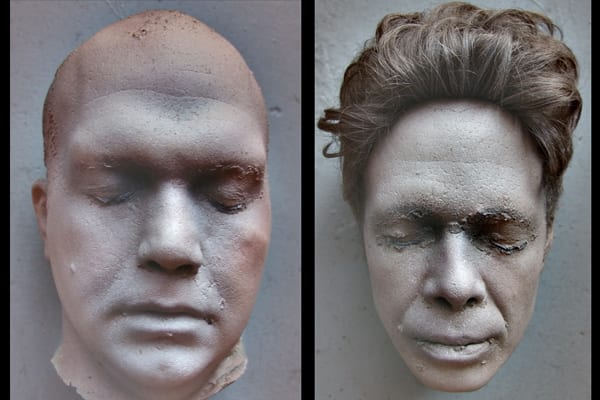 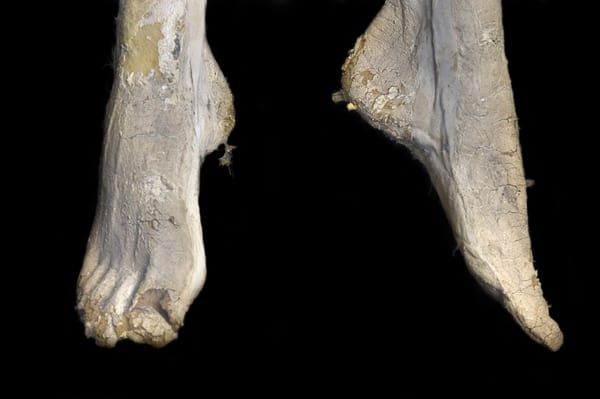 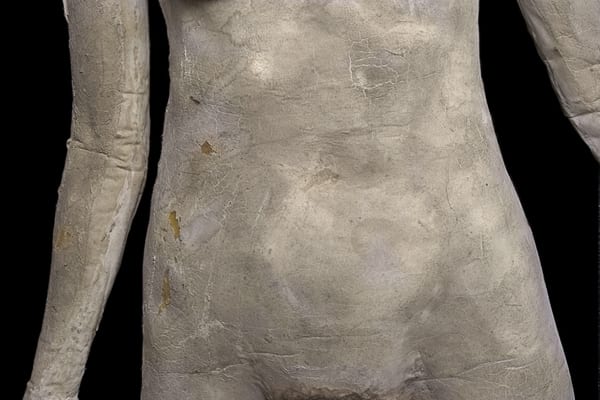 Heads or Tails is a multi-media installation and performance by Dolores Wilber sited in Preston Bradley Hall, originally the circulation desk for the Chicago Public Library, which bears the names of great writers of primarily the Western world on its decorated arches and inscriptions in ten languages extolling the wisdom found in books. Contemplating the loss of words, and the failure of words, is the subject of this piece. The work includes large format photographs (by Dolores Wilber) of polyurethane cast heads (by Matthew Owens), video projection, live music and two men (Steven Thompson and Douglas Grew) who are “headless,” decapitated, or who have simply lost their heads, searching for safety in the form of a safety pin on orange mason line. Live music by Matthew Owens.

Orange men is a series of photographic portraits by Dolores Wilber derived from the performance Mountains Clouds Turbulence Coastlines (2005) performed at the Performing Arts Chicago PAC/edge Festival 2004, the multimedia installation Heads or Tails at the Chicago Cultural Center, 2005, and the Asheville Performance Festival in 2006.