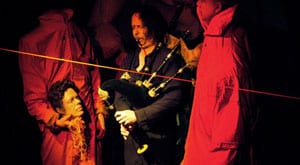 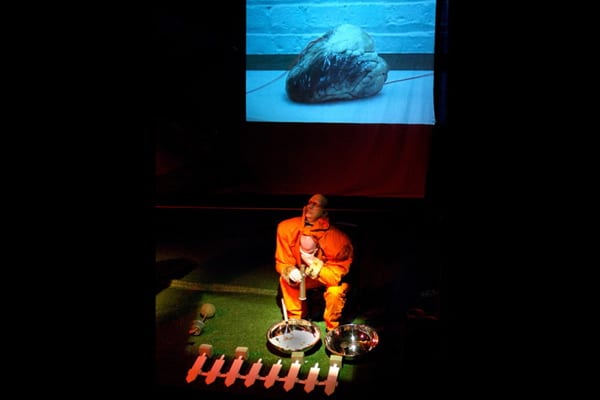 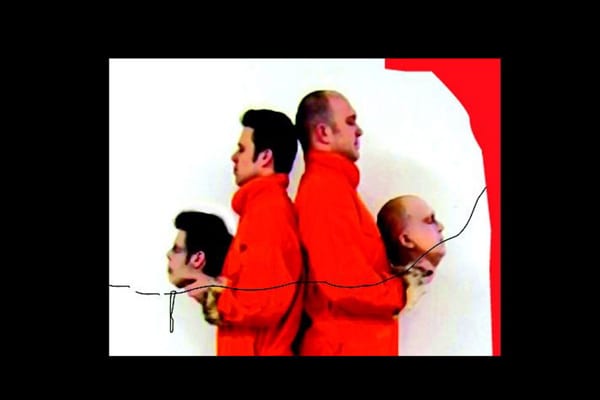 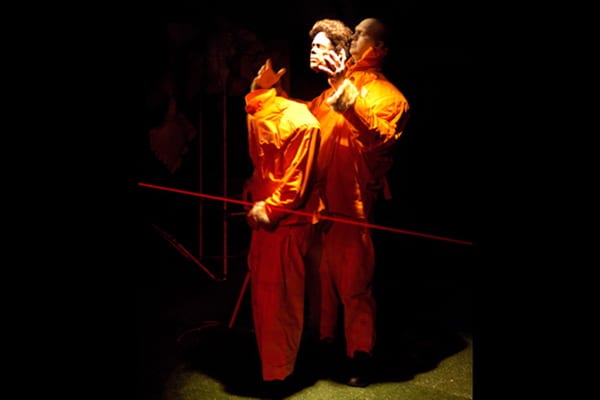 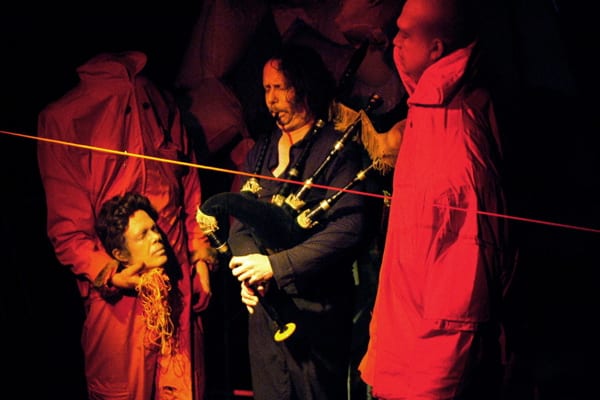 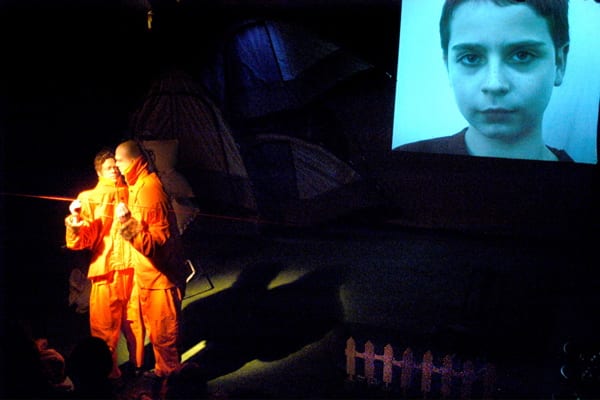 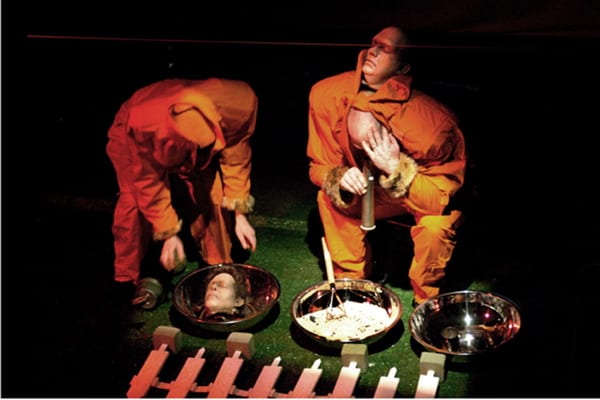 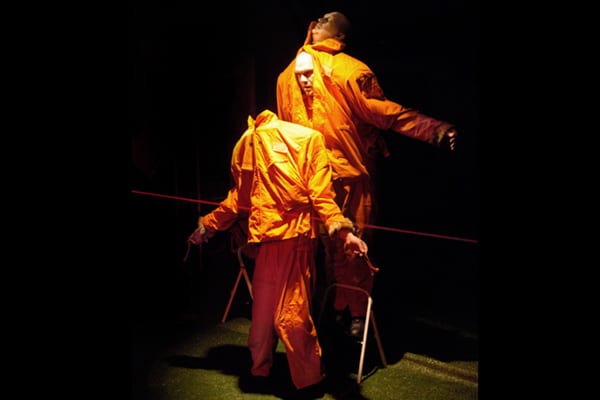 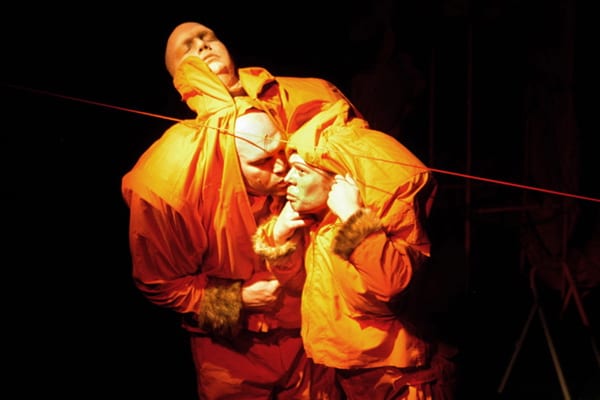 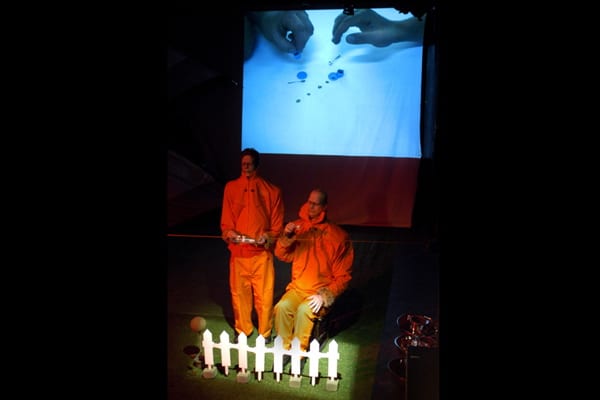 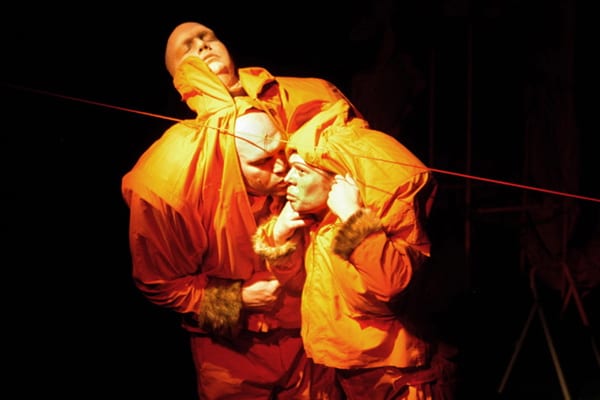 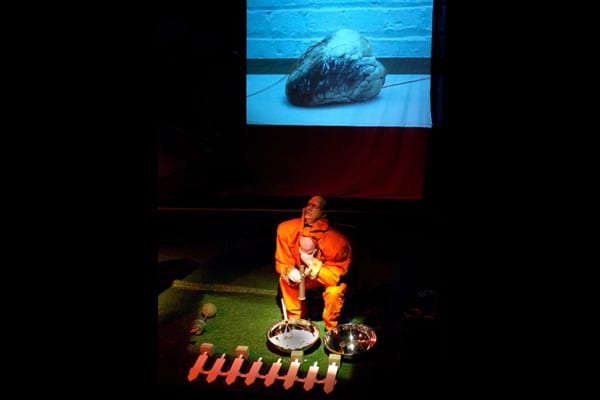 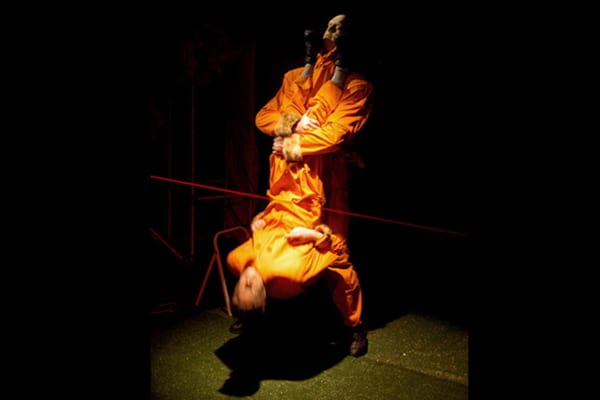 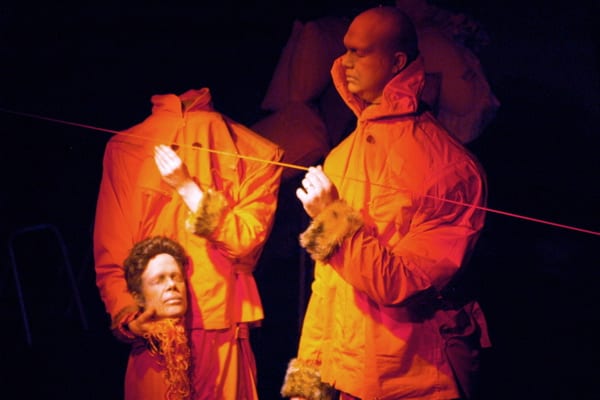 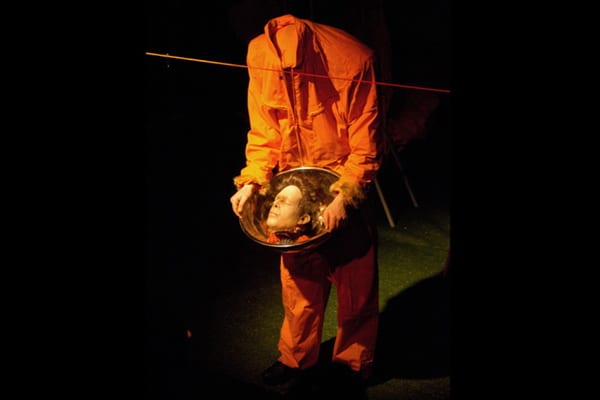 Two men who are sometimes “headless,” decapitated, or who have simply lost their heads, investigate the making of a hand grenade. A ten-year boy in video projection, Alex Schorsch, considers the merits of a Scout Masters’ ruminations on how to properly discipline a boy, the problems of what he calls “Impertinent Punishment,” and matters of the heart. A video projection of sound and image continues throughout the performance. The ten-year old Alex also considers the theory of thermodynamics and the study of energy and its transformations – how things change. A hand-wrestling duel takes place. Suicide bombers’ longing for death is pondered and suicide music is in excess. The set objects include work by sculptor, Ryan Swanson, who constructs amalgams of furniture and house materials that have lost their identity in the home and so are precarious and suffering from a kind of borderline personality disorder.

Death in Gaza (film) by James Miller; Mash (film) Directed by Robert Altman and written by Richard Hooker (novel) and Ring Lardner Jr. (screenplay); Regarding the Pain of Others by Susan Sontag; When We Were Orphans by Kazuo Ishiguro, Terror and Liberalism by Paul Berman, Discipline and Punish by Michel Foucault, A Mighty Heart by Mariane Pearl; Who Killed Daniel Pearl? by Bernard-Henry Levy; Inconvenient Evidence: Iraqi Prison Photographs from Abu Ghraib (International Center Of Photography, NYC); Scout Leaders in Action by Walter G. MacPeek

Who’s Going to Shoe Your Pretty Little Foot by Anonymous, sung by Michael Stumm; _____ by Heitor Alvelos, ____ by Lionel Stephen’s friend, Dinner For Two by Deerhoof ; Why Am I So Unhappy by Dntel; The Theme for tonight by CircleSquare; Cloud Pleaser by Black Dice; The Thrill is Gone by Darnell Hawkins, sung by Stephen Thompson and Douglas Grew; Gringo Like Me by Ennio Morricone With Peter Tavis