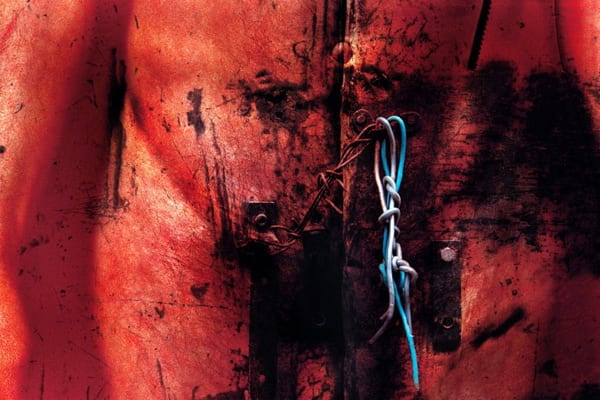 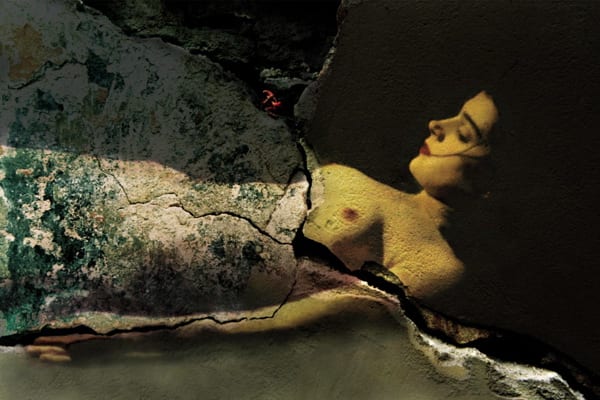 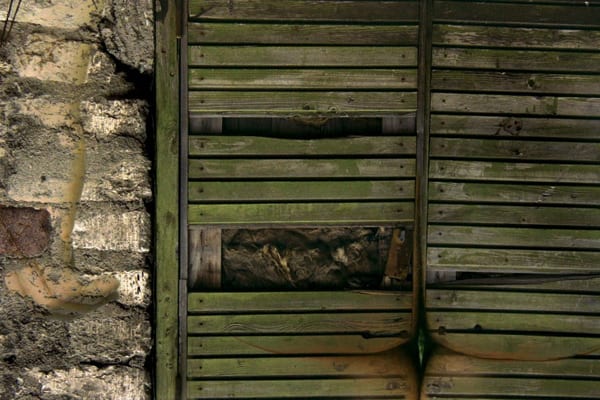 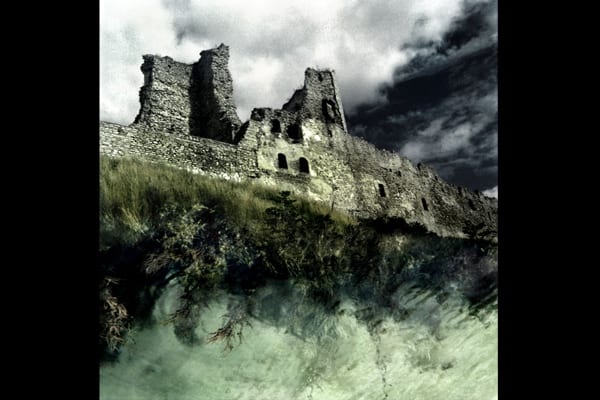 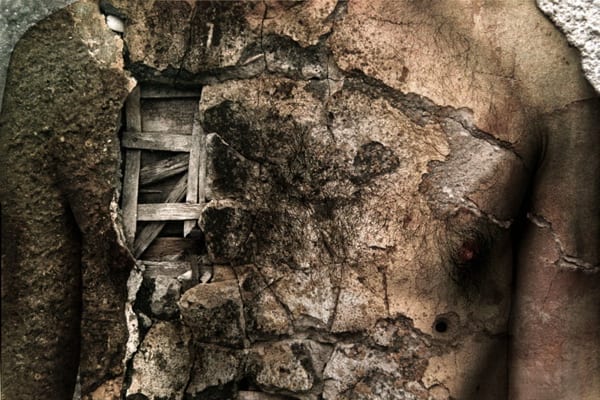 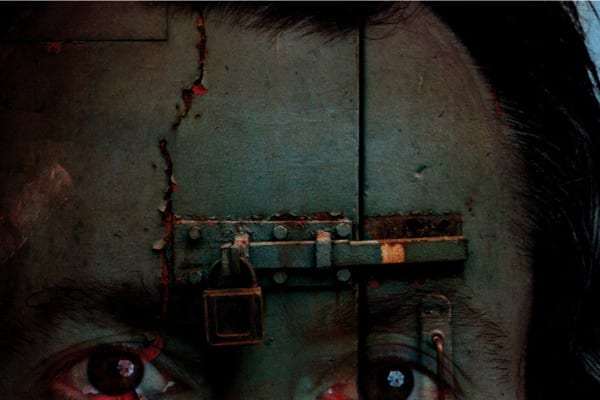 Adrift, a series of six photomontage digital prints, combine photographs from Eastern Europe with images of the body used in the performance, gooseflesh + bonehead, 2000. The photographs feature the distressed, cracked, gouged and beaten façades of buildings and other man-made structures that are literally centuries old. These excavated surfaces are often three-feet thick, comprised of so many layers applied by so many hands. Prepared by nature and culture, the images represent a kind of body of endurance that reflects what these cultures have experienced in occupation after foreign occupation, bringing them to the present shaky day. The works embody my concern with membrane, the true texture of a thing, and the abiding nature of people. The works are framed in oxidized steel. 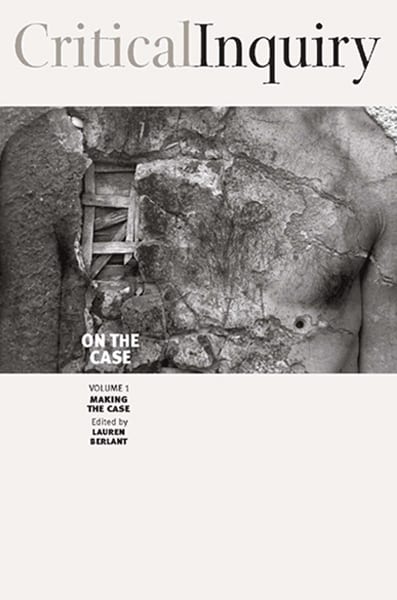